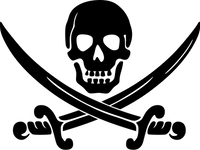 There’s not a lot of original television available in German. IMHO, only Tatort is worth watching. American shows like The Big Bang Theory are broadcast on TV, but I can’t bring myself to watch Sheldon dubbed in German a year after it airs in the United States. Neither can most expats, and more than a few of the non-techies have asked me how to get all their favorite content, so here’s a blog post I can link to.

The simplest solution is to get a VPN and you can watch via various legal streaming services. There’s illegal options like Torrents, but torrents are problematic in Germany, so avoid them. Usenet worked for a while, but that is also troublesome because the biggest indexing site shut down, and for the ones that remain, many TV shows are being removed within minutes of being posted online.

I have money to spend on entertainment, but these companies will not take it. What am I supposed to do?

The last few years felt a lot like the early days of music sharing. Bandwidth is constantly increasing, and now we can share full HD quality video easily. The media companies are going insane and suing file sharers, taking down web sites, and decrying the end of Hollywood and the end of our favorite TV shows and movies. The music problem is largely solved by Spotify, other streaming services, iTunes, and other music stores. Pirating music still happens, of course, but it’s less prevalent.

The entertainment industry is finally starting to apply these models to movie and TV content, which makes watching American content abroad a bit easier. 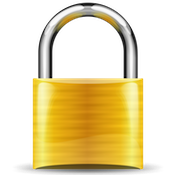 The first thing any Expat needs who wants to go legal is a VPN. For the non-technical, this is a service you pay for that makes your computer appear as if you’re in the United States, bypassing any geographical restrictions. Yes, the key thing to learn is: you will need to jump through hoops to get legal (or more legal, anyway). I use StrongVPN, and I’m quite happy with the quality of service. Other people use HideMyAss, or any number of other services. After signing up, whatever service should give you instructions to setup your VPN. It’s easier than you think.

Bonus: now that you have a VPN, you can avoid those very sad looking messages from GEMA forbidding you to watch certain YouTube videos.

The second thing is probably an American credit (or debit) card. I have one so that’s not an issue. If you’re not American, or no longer have American accounts, then you might consider trying to get one of those prepaid accounts. There is a workaround for Amazon, though.

What are the legal options?

You can see from the list above that there’s any number of services to use, and not a single one has all of the TV shown you might want to watch. Even using all of the services above, you will not have access to everything that airs in the U.S. New movies are also hard to come by, with Amazon beating out the other services for the newest selection.

The issue you may be wondering is, what would the cost be to replace your illegal downloading with legal avenues? It varies depending on content consumed. If you’re only relying on Hulu, then it’s quite cheap at $8/month. If you’re paying for Netflix, and buying additional shows on top, it could easily come close to a normal cable bill – or far exceed it.

The situation is improving, but for many pirating still offers a better value. One benefit to pirating is that you “own” the content for as long as you have the bits. Streaming is subject to the whims of executives in Hollywood. What if you want to watch Stargate or Star Trek, for example? Over the last couple of years, it’s been removed and re-added countless times to Hulu, Amazon, and Netflix depending on deals and pricing from the studios. It’s a toss up if content will be available from one day to the next; and of course, you don’t own anything. You can’t even watch offline in most circumstances (Amazon mobile client is one notable exception).

However, for expats wary of delving into the world of pirating, there’s finally enough legal options to stay connected to home.